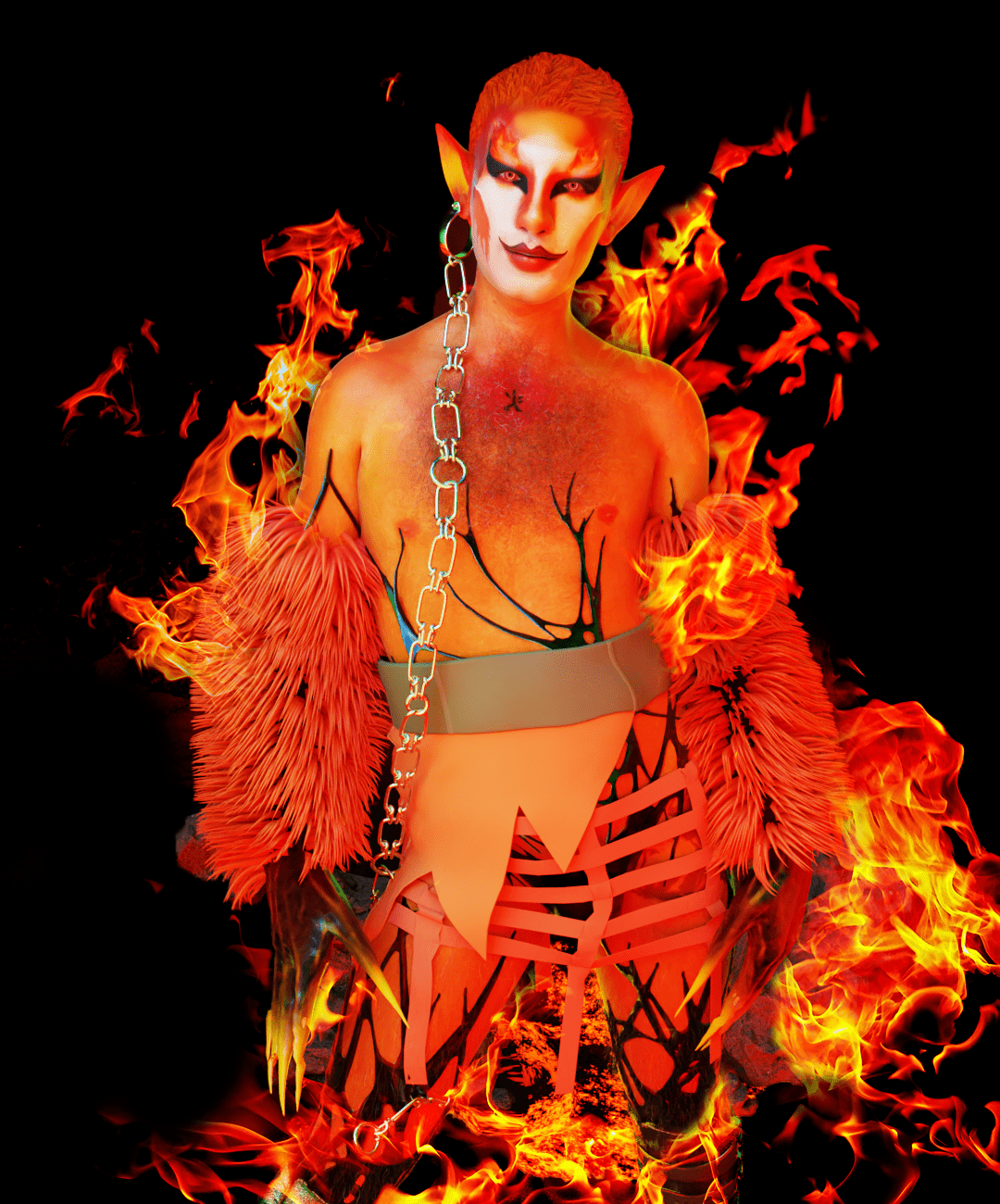 The echo of a fire is as vivid as the flame itself. Can our memories burn?

Up until this day she remembers the scorching skin. Even though centuries, even millennia, should have smoothened the pain. As she digs into the maddening corridors of her mind, she recollects the sights of the lava rivers, the floating brass islands and the infernal smoke atomizing her throat.

𝐂𝐑𝐀𝐂𝐊 her nails shatter. How could anything resist the infernal heat? Her skin is pushed inside, as if melting in, baring the bones. Fire-born creatures are meant not to suffer from their fiery environment. Growing up as a Djinn, she was taught not to fear the all-surrounding fire and rather embrace its might, never to question its destructive essence.

𝐒𝐍𝐀𝐏 her eyelids close. The scorching pressure all around forces her to squeeze her eyes shut, to prevent them from liquefying. Why must the environment keep control over the body? Why does it seem that all the infernal beings exist so easily within the flames, when she feels imprisoned? Are we all performing a magnificent act to please the Grand Torch? Feeding the eternal hunger of the devouring blaze?

𝐓𝐀𝐏 𝐓𝐀𝐏 𝐓𝐀𝐏 the sweat drips, continuously flowing out. Running down, evaporating almost instantly. Torn between anxiety and the air set ablaze, her defence mechanisms are driven mad. Her biology works against her, summoned by the great Fire who wishes to consume. 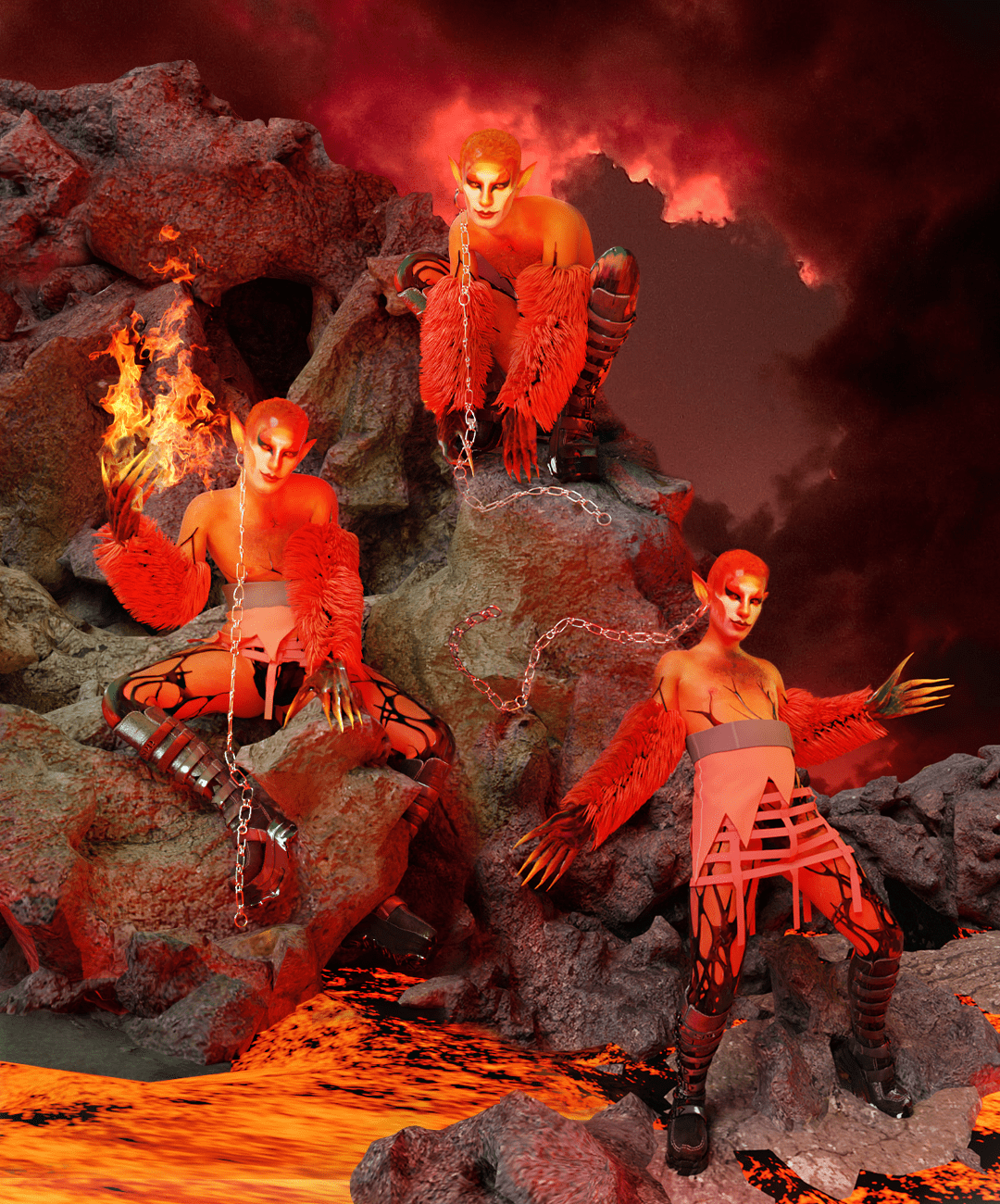 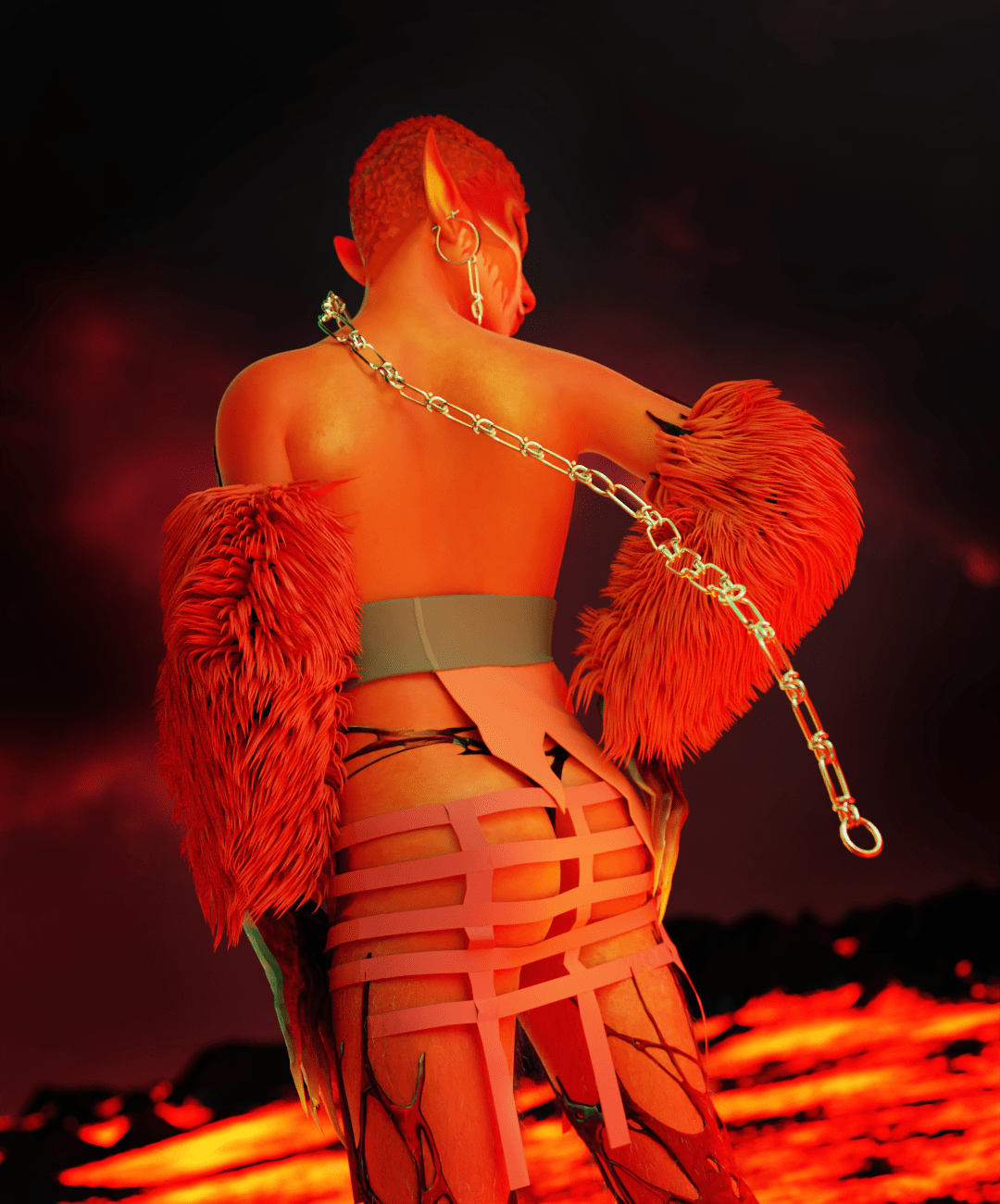 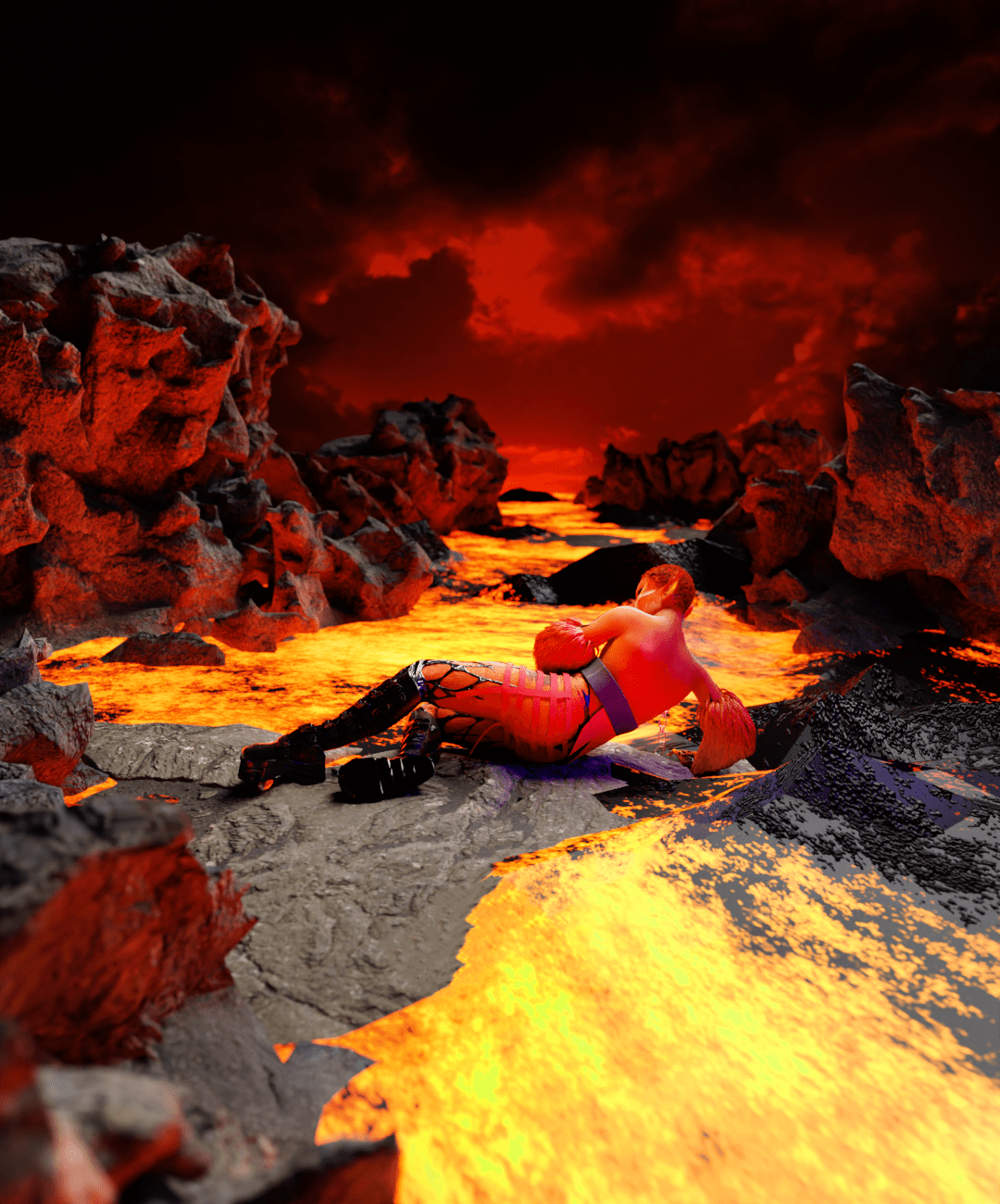 Madness slowly welcomes her in its womb. A rare peaceful refuge within the flames.

𝐂𝐋𝐈𝐍𝐊 𝐂𝐋𝐈𝐍𝐊 𝐂𝐋𝐈𝐍𝐊 Her teeth chatter as she laughs gigantically. Slowly, all others walk away, whispering doomed judgements at the sight of her insanity.

𝐁𝐖𝐀𝐇 𝐇𝐀 𝐇𝐀 hurls her scorched throat, blasting infernal howls. The amplitude of her demented giggle only matches the abyssal fear in her mind. One word echoes all around as the surrounding firestorm presses her on all sides. Loneliness.

Slowly the infernal flame shifts into a soft brightness. The perspective changes. The illusion is gone. Reigning over her own realm, her body finally belongs to her, the adamant grasp of the inferno lost hold. In the high spears of warm air streams, she floats. The fire now lives in her. She is the flame. 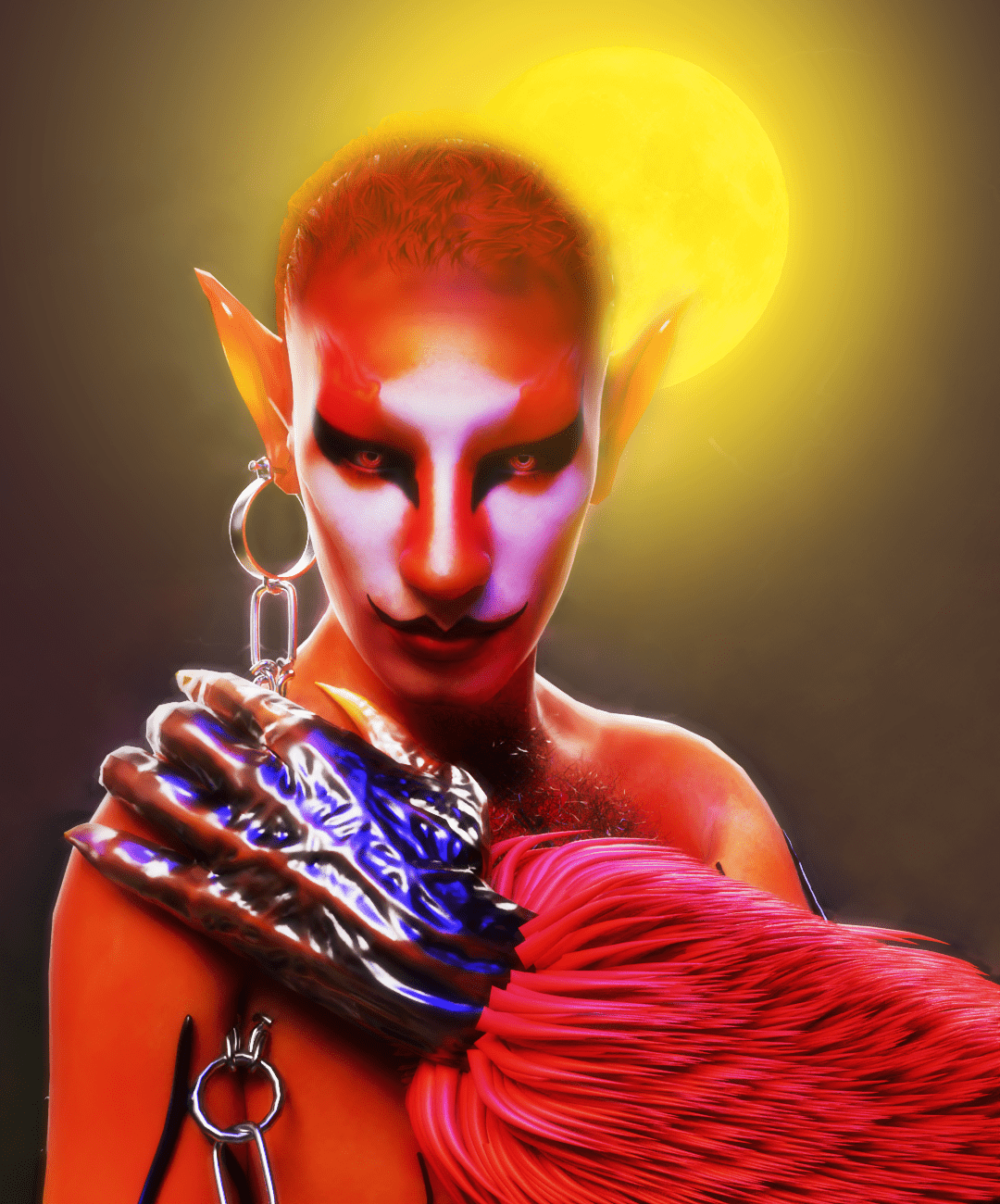 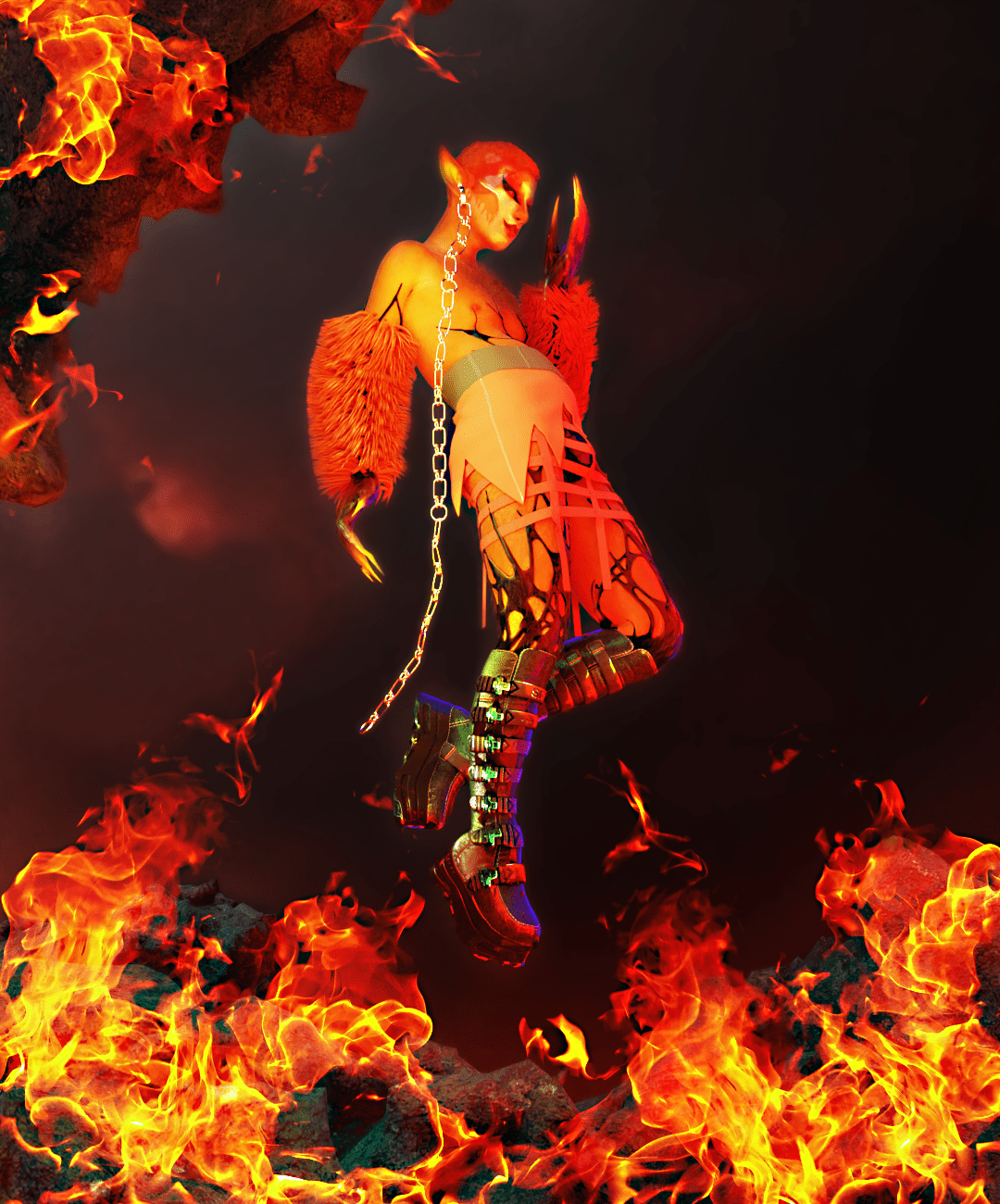